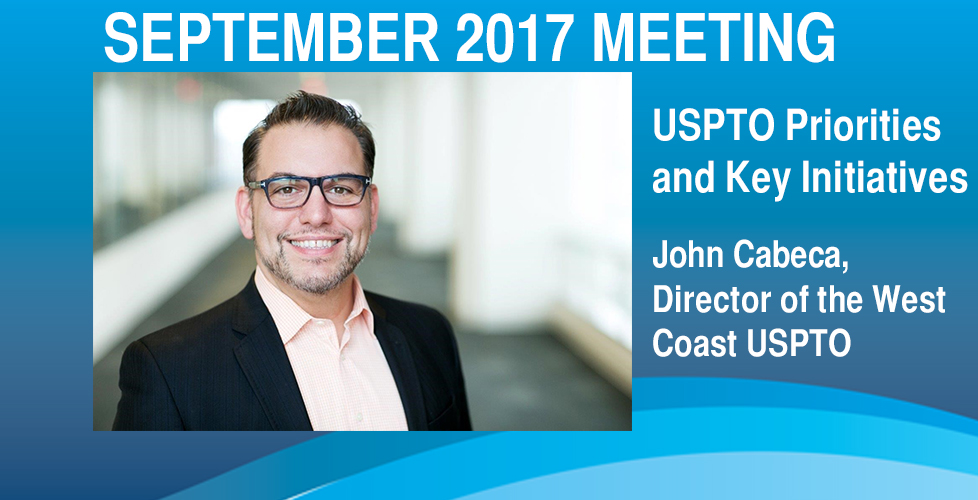 Please join us for an engaging presentation of topics of current interest from the USPTO, including trends, initiatives, and future plans.

A veteran of the U.S. Patent and Trademark Office for over 28 years, Mr. Cabeca previously served as the Senior Advisor to the Under Secretary of Commerce for Intellectual Property and Director of the USPTO. In this role, he worked closely across the Agency’s leadership to implement the policies and priorities for the USPTO. He began his career at the USPTO as a patent examiner after graduating from Widener University with a bachelor’s degree in electrical engineering. Mr. Cabeca became a Supervisory Patent Examiner in 1997 and joined the Senior Executive Service in 2008 serving as a Patent Technology Center Director over the semiconductor and electrical systems technologies.

Mr. Cabeca has dedicated much of his career to the USPTO’s outreach and education programs focusing on small businesses, startups and entrepreneurs. Over the years, he served in the Office of Petitions, the Office of Patent Legal Administration, the Office of Governmental Affairs and the Office of the Under Secretary. In 2006, Mr. Cabeca was appointed a Department of Commerce Science and Technology Fellow and served on special assignment to the Executive Office of the President in the United States Trade Representative’s Office.  At USTR, he worked with multiple agencies on a variety of international intellectual property rights issues and played an integral role in the Free Trade Agreement negotiations with the Republic of Korea.