Mr. O’Sullivan received his J.D. from Hastings College of the Law, where he was an articles editor for the Hastings Law Journal and served as a judicial extern for the Honorable Vaughn R. Walker of the Northern District of California. Mr. O’Sullivan received his B.Sc. in mathematics and applied mathematics from University College Cork in Cork, Ireland. He received his M.S.E. in engineering sciences from the University of California, San Diego, where he focused on aerospace and mechanical engineering.

Mr. Gray also is a charter member of the Richard Linn American Inn of Court. He has served as an adjunct professor at the Northwestern University School of Law, where he taught patent law. Mr. Gray is also the creator and sole author of Gray of Claims, a blog devoted to exploring patent claim construction and related issues.

Nathanael R. Luman, Ph.D., is a partner in the San Diego offices of Knobbe Martens LLP.  Nate represents chemical and pharmaceutical companies in intellectual property matters. He is actively involved in Inter Partes Review (IPR) proceedings before the Patent Trial and Appeal Board.  In addition, he has litigated cases under the Hatch-Waxman Act and counseled generic pharmaceutical companies with respect to the Abbreviated New Drug Application (ANDA) process.

Nate develops patent portfolios for companies.  His expertise includes strategic patent procurement, analyzing third-party patents, conducting due diligence studies, and preparing opinions on patent validity and freedom-to-operate issues. In 2012, Nate served as a law clerk to the Honorable Marilyn L. Huff of the U.S. District Court for the Southern District of California. He worked on numerous patent litigation cases during his clerkship. He is admitted to the State Bar of California and registered to practice before the U.S. Patent and Trademark Office. He received his law degree, with honors, from the University of San Diego School of Law.

Nate earned his doctoral degree in chemistry from Boston University, where his work involved the synthesis and characterization of biodegradable molecules and macromolecules. His research has been published in a variety of scientific journals, including The Journal of the American Chemical Society, Organic Letters, and Pure & Applied Chemistry.

Bruce is a founding partner of the patent law firm of Jaquez Land Greenhaus LLP. The firm is a full-service IP firm with three partners, each having over 28 years of experience in all aspects of IP law, specializing in prosecution, licensing and litigation support related to electrical patents.

He was formerly with Qualcomm for 10 years, the last five as Vice President, Patent Counsel. I have been practicing patent law in San Diego since 1991 as an associate with the law firm of Spensley Horn Jubas & Lubitz and then in 1995, with the firm of Baker, Maxham, Jester, & Meador.

He was Vice President, Chief Patent Counsel at Entropic Communications, Inc, where he worked from Dec. of 2007 until joining forces with Marty Jaquez and John Land, my former associates at Spensley Horn. He has been an adjunct professor with Thomas Jefferson School of Law (TJLS). At TJLS, he taught patent law classes on claim drafting, litigation, and claim interpretation. 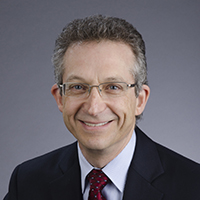 Dr. Greenspan provides consultation on IP strategy to life science, biotech, and medical device companies. He has over 17 years of experience in developing strategies, managing IP portfolios, due diligence, and establishing in-house IP training programs. He received his BA in physics from Clark University and his MS and Ph.D. in biophysics from the University of Rochester School of Medicine and Dentistry. He is registered to practice at the USPTO as a patent agent, and is an instructor in the IP Certificate program at UCSD Extension.