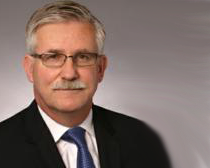 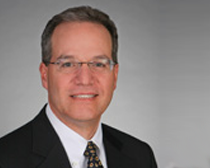 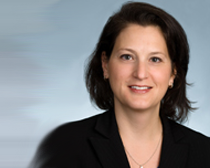 As a former Administrative Law Judge at the International Trade Commission (lTC), Carl Charneski’s practice focuses on international trade and litigation matters, with an emphasis on representing clients in Section 337 investigations before the lTC. He also advises clients on litigation strategies before the United States District Courts and the United States Court of Appeals for the Federal Circuit. ln addition, Mr. Charneski adds depth and knowledge to the firm’s green technology practice group, having previously served as an Administrative Law Judge at the U.S. Environmental Protection Agency and Counsel to the Federal Mine Safety & Health Review Commission.

Mark Abate is a partner in the law firm of Goodwin Procter and is a member of its Patent Litigation Practice. He recently completed a term as President of the New York Intellectual Property Law Association and is currently the President-Elect of the New Jersey Intellectual Property Law Association. He has been continually recognized by Chambers USA, Who’s Who in American Law and The Best Lawyers in America as one of the nation’s foremost patent lawyers. The Chambers USA; America’s Leading Lawyers for Business provides Mr. Abate is “a true gentleman and a fantastic trial lawyer” and “is sought after for his lengthy experience before the ITC.” He concentrates his practice on trials and appeals of patent infringement cases, and has particular expertise in electronics, electrical devices, computers, computer software, financial systems and medical devices. Mr. Abate has tried cases to their successful conclusions in U.S. district courts and the U.S. International Trade Commission and has argued appeals before the U.S. Court of Appeals for the Federal Circuit. He began his career as a law clerk for Chief Judge Howard T. Markey of the U.S. Court of Appeals for the Federal Circuit.