Topics to be touched on:

POW! Save the Day! for the SDIPLA Summer Social during Comic-Con on Thursday, July 21, 2016. Come meet with your fellow Superlawyers and other Extraordinary IP professionals for a relaxed evening of conversation along with a special guest speaker MCLE presentation geared toward the IP of Comic-Con.  Attire: Cosplay encouraged, but mild-mannered alter ego accepted. 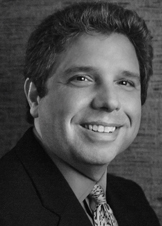 Mr. Lovitz is senior partner and owner of Lovitz IP Law PC, recipient of a Tier 1 ranking in U.S. News – Best Lawers “Best Law Firms.” A member of the Patent Bar, Mr. Lovitz’ practice focuses on trademarks, copyrights, unfair competition, entertainment matters, trade secrets, copyright and trademark litigation, portfolio management, licensing and transactional matters for a broad range of domestic and international clients, including apparel, manufacturing, pharmaceutical, healthcare, financial, toys, jewelry, media/publishing, video game producers, software, internet and technology companies, as well as comic book creators and publishers. Mr. Lovitz’ experience includes foreign and domestic trademark availability clearance and prosecution, including ex-parte appeals to the TTAB and Court of Appeals for the Federal Circuit; title clearance for entertainment productions; copyright prosecution; copyright and trademark enforcement; trademark opposition and cancellation practice; trademark, copyright, patent and know-how licensing agreement negotiation, drafting and counseling; negotiating, drafting and counseling for technology, software, internet and new media clients, including terms/conditions of use agreements, privacy policies, and publishing, media rights and option agreements; negotiating, drafting and counseling for trademark and/or copyright acquisitions and transfers, including television and film option agreements; negotiating, counseling and drafting of talent, crew and third-party agreements and releases for television and new media productions; IP portfolio management; litigation of trademark, unfair competition and copyright issues; domain name disputes; and related client counseling, including establishing trademark use guidelines, IP audits and due diligence reviews. Mr. Lovitz created the COMIC BOOK LAW SCHOOL® lecture series back in 1994, an extremely popular series of seminars given each year at Comic-Con International (San Diego) and at WonderCon. In addition, Mr. Lovitz is a frequent instructor and lecturer on trademark, copyright, Internet, licensing, ethics and related issues, and has spoken at seminars, conventions and conferences sponsored by the Beverly Hills Bar Association, ALI-ABA, AIPLA, the Pennsylvania Bar Institute (PBI), the Pennsylvania Bar Association, PIPLA, Philadelphia Volunteer Lawyers for the Arts, and the DuPont Intellectual Property CLE Seminar. He has written numerous articles, notes and reviews focusing on intellectual property law issues, and authored The Trademark and Copyright Book published by Sirius Entertainment (2001). Mr. Lovitz is a member of the California, Pennsylvania and Beverly Hills Bar associations, where he serves as vice-chair of the IP and New Media Section, and of the International Trademark Association (INTA), where he serves as Chair of the U.S. Subcommittee of the Famous and Well-Known Marks (FWKM) Committee. He received his B.A. in astrophysics and English in 1986 from the University of Pennsylvania and his J.D. in 1989 from the Temple University School of Law. 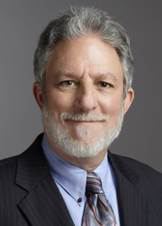 David Branfman has been practicing law in San Diego County for over thirty years after obtaining his law degree from the University of San Diego in 1978. Mr. Branfman’s practice focuses on intellectual property and entertainment law, including trademarks, domain names, copyrights, trade secrets, licensing, motion pictures & TV, and music. He has also developed a leading specialty in the intersection between intellectual property law and the growing medical and recreational marijuana industries and speaks  regularly on this subject.

After a five-year association with the intellectual property law firm of Charmasson & Holz in San Diego, Mr. Branfman joined Gary Martin to form Martin & Branfman and in 2008 formed Branfman Law Group, P.C. David is an instructor on intellectual property law at the UCSD (University of California, San Diego) Executive Perspective for Scientists & Engineers program. Mr. Branfman is a member of the NORML Legal Committee and the California Cannabis Industry Association (CCIA) and has spoken multiple times at cannabis business conferences since 2010. He is a regular speaker at Comic-Con International and has lectured or spoken on entertainment, intellectual property and Internet Law at Thomas Jefferson School of Law and California Western School of Law.

David was Chairman of the Board of the San Diego Film Commission from 1998 – January 2000 and was a member of the Board of Directors from 1998 – 2007. He was Legal Chair of the Pacific Southwest Chapter of the National Television Academy for approximately two decades and is a member of the State Bar of California’s Intellectual Property Section and its Executive Committee which helps to guide and govern the Section. He has been selected as a Southern California Super Lawyer® in intellectual property six times since 2007 including most recently this year.