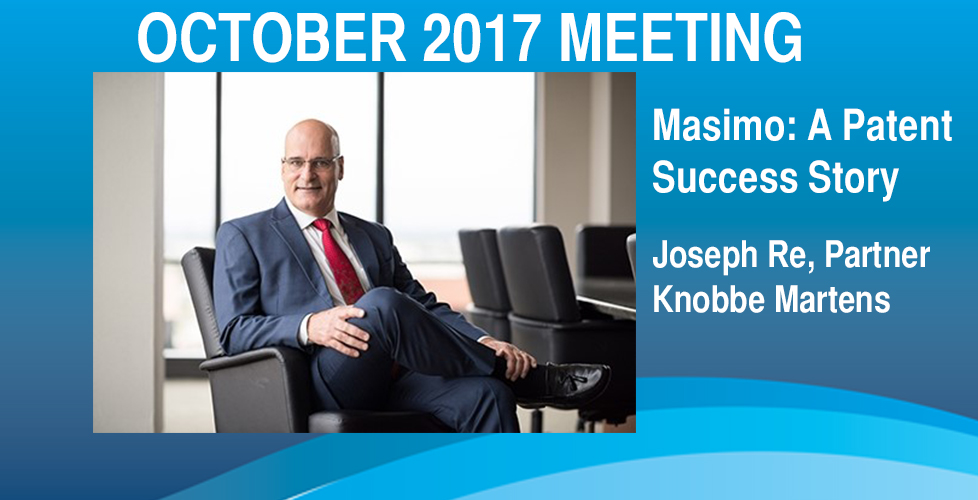 Please join us for a story about a young SDSU graduate who showed why a strong patent system is so important to innovation and success. Joe Re has represented Masimo since its early days and led the company through its patent battles to help it grow from a garage startup to the leading noninvasive patient monitoring company in the world. 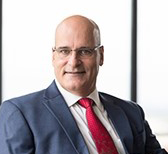 Mr. Re is a nationally recognized trial and appellate attorney, known for handling high-stakes patent cases throughout the country for both patent holders and accused infringers.

Mr. Re’s success before juries has been extraordinary. In two of the most successful patent cases presented to juries, Mr. Re led Knobbe trial teams to help the firm’s longstanding client Masimo protect its ground-breaking patient-monitoring technology industry-wide. In the first trial, a Los Angeles jury awarded over $134 million against Masimo’s primary rival, Nellcor. Mr. Re successfully persuaded the appellate court to affirm the award and to order the entry of a permanent injunction. Those victories allowed Masimo to settle the case, garnering it hundreds of millions in damages and ongoing royalties that are still being paid to this day. By the time of the second trial in 2014, Mr. Re and his Knobbe colleagues asserted Masimo’s ground-breaking patents against patient-monitoring giant Philips before a Delaware jury. That jury awarded Masimo over $466 million and rejected Philips infringement claims for $169 million. The verdict was featured in The National Law Journal’s “Top Verdicts of 2014” as the top intellectual property verdict. After the district court upheld the verdict, and set additional cases for trial, the parties settled the litigation in a blockbuster deal where Philips paid Masimo $300 million and agreed to a multi-year joint marketing and sales program in which Philips would integrate Masimo technologies in its patient monitors.

As an experienced appellate advocate, in addition to handling appeals from his own cases, Mr. Re is often selected to argue appeals in patent cases before the U.S. Court of Appeals for the Federal Circuit in cases handled by his fellow partners and by other law firms. Since he left his clerkship for the first chief judge of Federal Circuit in 1987, Mr. Re has argued dozens of appeals before that court.

Mr. Re served as the President of the Federal Circuit Bar Association and as a member of the Federal Circuit’s Advisory Council from 2005 to 2015. Mr. Re has also written and spoken extensively on patent law and federal practice and procedure. Since 1990, Mr. Re has been authoring appellate briefs on behalf of the American Intellectual Property Law Association as amicus curiae before the Supreme Court of the United States and various appellate courts.

The National Law Journal has named Mr. Re one of the “100 Most Influential Lawyers in America” and the Daily Journal has twice named Mr. Re as one of the top “100 Leading Lawyers in California.” In 2015, Mr. Re was named as a “Game Changer” in The Recorder’s “2015 Litigation Department of the Year” Awards. He has also been recognized as “MVP of the Year – Intellectual Property” by Law360. The California Lawyer awarded Mr. Re a “CLAY Award” as a 2004 “California Attorney of the Year.” Mr. Re’s accomplishments are detailed in the Awards & Honors section.

Before joining the firm in 1987, Mr. Re served for two years as a law clerk to the Honorable Howard T. Markey, Chief Judge of the United States Court of Appeals for the Federal Circuit. Mr. Re became a partner of the firm in 1990.