Patent Issues in 5G “Use Cases”

5G is here.  The next generation of wireless telecommunication is deployed in 99 countries and growing.  5G is ushering a wave of new uses: smart cities, remote healthcare, industrial IoT, fixed wireless access, and many more.  These use cases present unique patent issues.  This presentation provides background on 5G use cases and explores the patent issues presented by this emerging field.

We will also be introducing the candidate for 2021-2022 Treasurer, Douglas L. Clark of Jones Day. 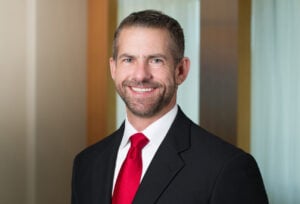 I seek to be on the San Diego IP Law Association Board, because of my passion for intellectual property and the local San Diego community. Since moving to San Diego five years ago, I have attended dozens of SDIPLA meetings, as well as holiday parties. I want to be on the Board because I believe the qualifications I bring can improve our organization. First, I was a director for five years on the OCIPLA Board of Directors, during which time I held the following positions: Director at Large in charge of all luncheons, Treasurer, Secretary, Vice-President, and President. During my last year as President, I quadrupled the membership of the organization, re-implemented a long-forgotten awards ceremony, and revamped the organization’s website.

Second, I am currently a director of another bar association in San Diego – The Tom Homann LGBTQ+ Law Association (THLA). This year, I’m finishing up as the Co-President of THLA. During my tenure as a Director of THLA, I started a new tradition of Halloween party/Fundraiser, and I further created some of the best online content for meetings. Many of our meetings were extremely interactive, including murder mysteries, Escape the Room, bingo, trivia, and other games that were done for special occasions or parties. I believe my prior experiences on these two boards make me ideally suited to be on the SDIPLA Board.

A little bit more about myself. I went to the University of Notre Dame for my undergraduate in Computer Engineering and Spanish Literature. I graduated in 2011 from the University of Southern California, Gould School of Law, Order of the Coif. Since matriculation, I have been working at Jones Day as an IP litigator. I spend about half my time on trade secret cases and the other half on patent cases, including district court, ITC proceedings and IPRs. My hobbies involve the gym and occasionally competing in fitness competitions. My biography, which can be found at: http://www.jonesday.com/dlclark/, lists my experiences as a submarine Navy veteran, nuclear-trained engineer, and associate at Jones Day.